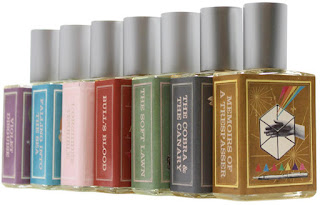 Josh Meyer, the Portland perfumer and founder of the indie perfume house Imaginary Authors has released a summer 2015 limited edition perfume called An Air of Despair. It is the 12th addition to the collection.


Imaginary Authors premiered in 2012 and according to the website "was born from the concept of scent as art and art as provocation. Like a good book, these scents are meant to inspire you. In these bottles are layered narratives that are sure to generate stirring conversation, fragrances that might be capable of changing the course of your own personal story. The hope is that they not only invigorate and intoxicate, but also take you to new places."

Josh and his collection have established quite a strong following in just 2 short years and won Best New House in the 2015 Basenotes Readers Award. Since day 1, Josh has been very active in social media, always interacting with his loyal fans, sharing samples, and putting out very good perfumes. I am a huge fan of many of them, including Cape Heartache and A City On Fire. You can watch a review of A City On Fire I did with Dave at Fragrance Bros here. Will An Air Of Despair be a new favorite of mine? 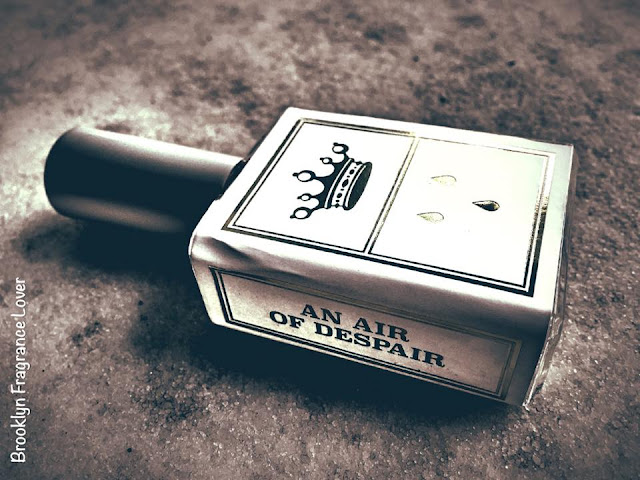 From the Imaginary Authors website: "When Vivian Gwyn's parents mysteriously disappear one month before her eighteenth birthday it foils an elaborate plan she had to kill them herself. In her search for clues as to their whereabouts she finds an elegant mink coat and a safe full of valuables in her mother's cedar closet. Keeping the coat but selling everything else, she embarks on a glamorous adventure that takes her from the small Tennessee town where she grew up to luxurious penthouses in Manhattan, runways in Milan, and finally the castle in Switzerland from which she learns she is a descendant. No expense is spared in Viv's valiant quest to shake the sadness that plagued her upbringing and she quickly learns it's not riches that bring happiness but happiness that brings riches."

Imaginary Authors created An Air of Despair for a Lifestyle brand called All Bad Days.


I had Josh ship the bottle to my job. It arrived yesterday, and I quickly opened the package and sprayed some on my hand. An Air Of Despair opens with a wonderful woody cedar with saffron. The saffron has a leather and slightly fruited nuance. The musk didn't really come through on my skin, although I realize that I'm asnomic to a lot of musk. An Air Of Despair remains rather linear, but it works! There is something rather peaceful and tranquil about this fragrance, so where's the sadness? I asked Josh about that, and he said "You're right, it's a summer scent and the sadness is tongue in cheek. There is an element of saffron that is absolute luxury... and there is something in extravagance that is sad."

So in answer to my own question, will An Air Of  Despair be a new Imaginary Authors favorite of mine? I have to be honest, it's not a new favorite, but it's absolutely a solid offering from the talented Mr. Meyer, and for that I commend him.

An Air Of Despair has excellent projection and lasted about 4 hours on my skin. It is available at the Imaginary Authors website, and it will run you $55 for a 30ml bottle.

Thanks to the generosity of Josh Meyer, we are offering one reader a chance to win a sample of An Air Of Despair. This is a worldwide draw. To enter, please leave ONLY ONE comment on what your favorite Imaginary Authors perfume is. A winner will be chosen by random.org. Good Luck!

Disclosure: This review was based on a bottle sent by Josh Meyer. All opinions are my own.
Posted by Brooklyn Fragrance Lover at 11:52 PM